WARNING! ATTENTION! our site uses cookies, which allow us to get to know you better, improve the website, adjust ads to your preferences and improve our products and services. If you don't mind click OK. Want to learn more? Check the privacy policy.
ALTERKINO 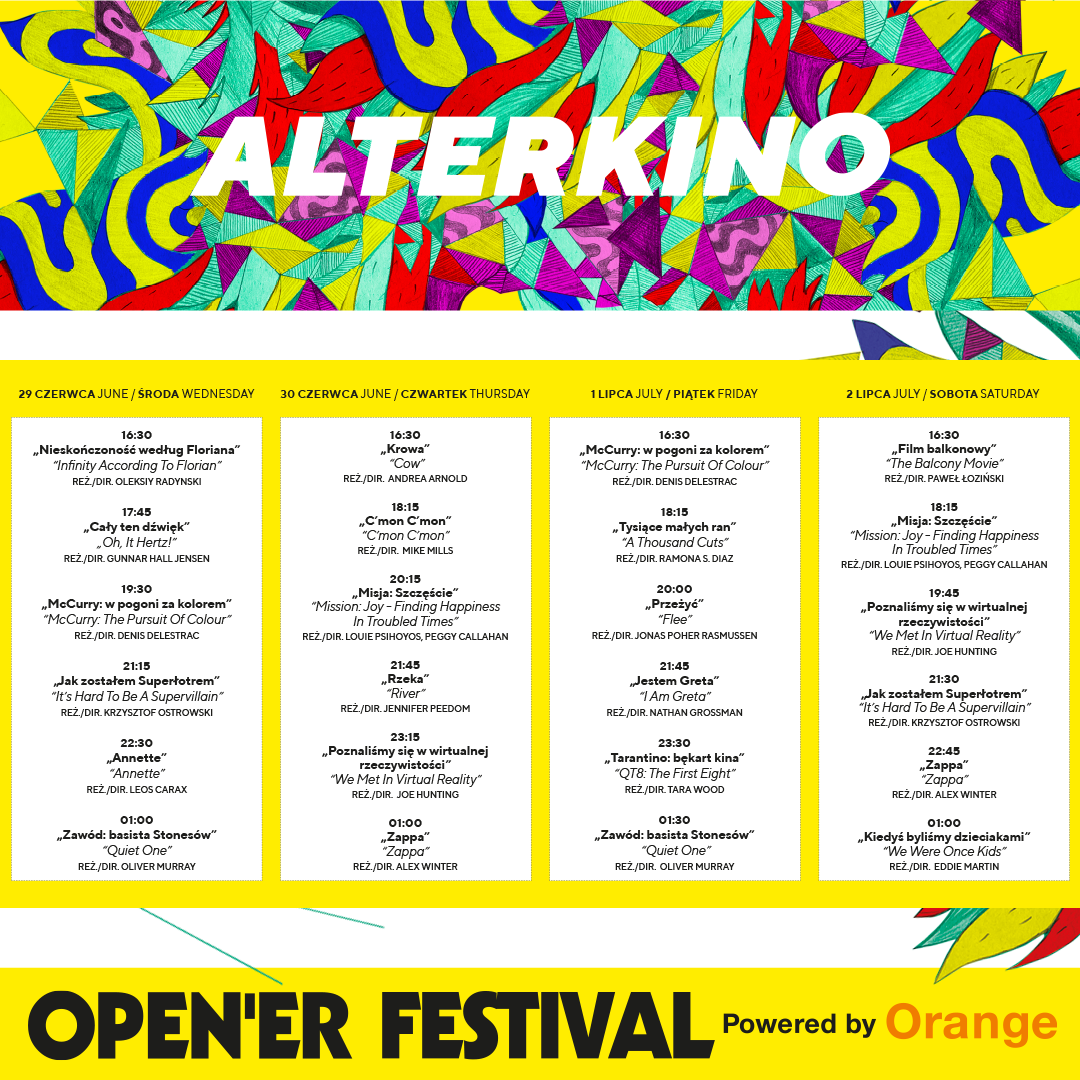 In this year's ALTERKINO, we join the stream of key phenomena, the most up-to-date locally and globally, both personal, intimate and social. It is the flow of images that carry meaning. They teach, entertain, inform, experiment and surprise, offering a journey deep into the global network of events, but also towards the human heart and mind - where revolutionary ideas are born.

It is a cinema about what is most important - heroes who change the world [Section "Heroes Of Our Time"], the rhythm and particles of everyday life in which we do not always find ourselves [Section "We, People - Everyday / Non-everyday"], creative experiments that testify to the steadfastness of the human spirit and the strength of survival [Section "Music / Icons / Experiments"]. We witness the emergence of groundbreaking works of art [Section "Art / Revolutions"] and travel freely to different corners of the world to better understand the complex nature of our times [Section "This Is Our World"].

We reach for movies from the most important world festivals, such as Sundance, Rotterdam, Cannes, Berlinale, Venice, Toronto. These are quality stamps that guarantee that you will see movies that are memorable, important, inspiring, and visually spectacular. As part of ALTERKINO, we will present documents, stories, experiments and animations.